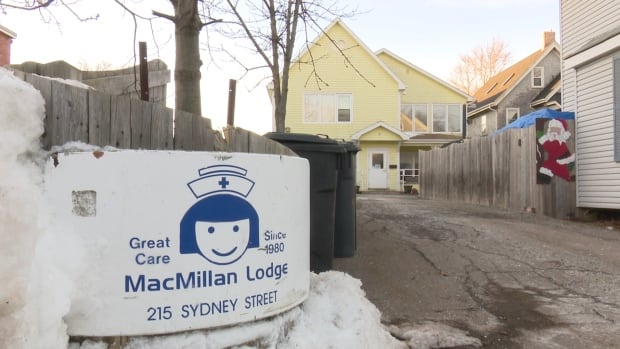 Twenty provincially licensed nursing beds are moving from MacMillan Lodge in downtown Charlottetown to Whisperwood Villa in Sherwood as the two facilities merge.

“There were some things at MacMillan Lodge that needed to be upgraded and it’s an older facility and Whisperwood is a much more modern and newer facility and it was just going to be a lot faster and easier for the renovations to take place here.” 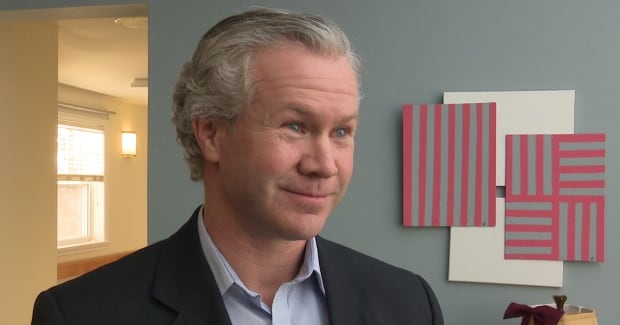 Jason Lee, associate administrator at Whisperwood Villa, says there will be no job losses or change in the level or quality of care because of the move. (Krystalle Ramlakhan/CBC)

All residents and staff are expected to move into a newly renovated nursing home wing at Whisperwood Villa known as Remembrance Hall in early May.

‘We had a choice to make. There were some things at MacMillan Lodge that needed to be upgraded and it’s an older facility and Whisperwood is a much more modern.’— Jason Lee, Whisperwood Villa

The renovations to accommodate the new residents and staff will take place over the next two months as 11 community care apartments are remodeled into facilities for 20 nursing home beds.

“In order to meet the city’s national building code and all of the requirements of the nursing home licensing board, we had to make some upgrades to things like our sprinkler system, make sure that we had the proper width of doorways and things like that,” said Lee.

There are about 115 residents at Whisperwood split between nursing home residents and community care residents. It has 69 nursing beds.

Lee said there won’t be any job losses or change in the level or quality of care because of the move. 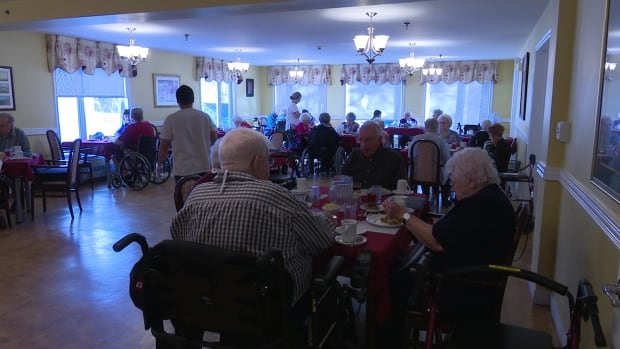 Whisperwood Villa will welcome 20 more nursing beds to a newly renovated wing of the facility in May. (Krystalle Ramlakhan/CBC)

Lee said the decision to make the move was made late November.

He said MacMillan Lodge is a safe space for residents to stay until they move into their new homes.

“The facility is inspected every year and it is licensed by the province and we’ve been working very closely with the government and the nursing home licensing board and it’s been a very collaborative approach to making this decision and making the move.”

Since November, some Whisperwood residents have been slowly moving into other apartments in the facility to empty the wing for new MacMillan residents.

“It’s been a project for sure, but the residents and staff and the families have been really exceptional in understanding that, you know, we did have to make a choice and it does require change, especially those residents that moved from one part of the building to the another, but they’ve been very understanding,” said Lee.

MacMillan Lodge will work with interested parties including the provincial government to try to find a new use for the building.

“It would make an excellent community care facility or assisted living, possibly there’s a group out there looking to start a group home,” said Lee.

Mom is always on the go – she has more of a social life now then she ever did!

Thank you for the loving care on a daily basis.

Thank you for all you do all year long to care for our mom. You are greatly appreciated.

Thank you all for taking care of my dad. He wanted his independence and you worked with him as well as you were able, and as well as he could have hoped for.

It is very homelike.

No one will ever be able to give the care to my parents like we do (children), but the staff at Whisperwood come pretty close to it.

Thanks for good care, provisions, and kindness.

The staff are great, they put in a lot of time and hard work to make our day enjoyable – resident.

I feel a sense of peace when I leave from visiting mom  because I know that she is very happy there and that the staff are all so great.

It feels very “Homey” the staff are always very welcoming and carrying on with one other another – its a nice atmosphere.